We have compiled a list of the most interesting and well-thought-out browser Strategy Games in which you will have every opportunity to show your economic and military talents.

Strategy Games are for those who want not only to have fun, but also to use their brains. How else, being just a small person, to feel like the owner of your own city, which disposes of all its benefits, a cunning military leader, in whose power are thousands of other people’s lives, a great conqueror, to whom entire nations submit?

Good browsers Strategy Games not only cope with this task, but also enable you to deal with virtual problems anywhere, even in the office during working hours. At the same time, most browsers can be played for free, which is also undoubtedly a plus. But the developers do not want to work for food, so they motivate you in every way to donate and get cool bonuses. And some even force them to buy, otherwise you will just be constantly beaten by richer neighbors. Such attempts to get into someone else’s wallet, of course, are unpleasant, but a good unobtrusive project can be supported.

Vikings: War of Clans is a cross-platform strategy, the browser version was release in 2017 . Already by the name it becomes clear that without a strong and cohesive clan, your success in the Strategy Games will be doubtful. But, having enlisted the support of clan members, you can quickly build up and master new knowledge, get gold and bonuses for participating in clan events, not to mention the fact that together you can storm any enemy.

In addition to troops of different tiers, you also have a hero with a shaman. The skills that these characters get as they level up can drastically change the life of your city, for example, by pumping food production to the hero, you can hire more warriors without fear that they will die of starvation. The equipment that you need to craft yourself also changes a lot, only it will take a very long time to collect the ingredients in order to get an item with impressive bonuses.

The battles here are automatic, but you still need to use your brains a little, because each type and each tier of troops is pumped separately, everyone has strengths and weaknesses. For example, infantrymen have a 50% bonus against cavalrymen, but it will be difficult for them to deal with siege weapons.

As for the versions for Android and iOS, the game has recently become one of the top popular applications, and players who are tire of fighting for the glory of Odin are quite successfully selling their accounts for real money.

Forge of Empires is a game that regularly ranks among the top strategy browsers. And not in vain, because unlike most of these projects, which are often dedicate to a single historical period, here you have to develop from the Stone Age to the distant future (which, according to the authors of the game, will be associate with the development of the Arctic and the oceans).

Each era has its own buildings, resources, units and technologies. At the same time, in addition to basic resources (coins, building materials, strategic points), for the announcement of buildings, you also need unique ones (such as marble, glass, paint, uranium, and so on), which are mine by special buildings.

In addition, some part of the population is occupied in each building, which also needs somewhere to live. Therefore, the main battle of this game will be the battle for the squares of the city territory. Forge of Empires is the standard of browser strategy, so every connoisseur of the genre simply must try it.

Probably, almost every child dreamed of a toy railway , and when he finally received a long-awaited gift, he fiddled with it for hours, making the sounds of a steam locomotive, launching imaginary passengers into the wagons.

Rail Nation is the same 3d racing games unblocked of trains, only for adults, because here you have to not only have fun, but also think, calculate, and plan a lot.

You have to go through all the stages of the development of railway transport, overcome all the difficulties faced by people responsible for transport networks, and all this in a constantly competitive environment.

You will have to take care of your station, build and improve buildings, explore new technologies, because you won’t be transporting the latest high-tech goods on old trains . By the way, it is the transportation of various kinds of goods that you will have to deal with a significant part of the time, given the constantly changing trends in the market.

Travian has been successfully taking dozens of hours of life since 2004. It has everything you can expect from a browser strategy: continuous development, resource extraction, army training, wars with neighbors.

As always, pumping occurs gradually, requiring more and more time and resources. The territory of the city expands over time, capturing empty cells around, on which you can build objects important for the prosperity of the settlement. The results of military clashes depend only on the parameters of the armies in Strategy Games .

Life becomes easier if you join an alliance. Players mostly play racing games unblocked with neighbors, because it’s easier to defend against invaders together. 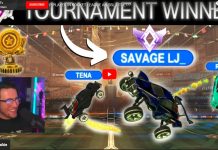 How To Setup Your New Windows Laptop Like a Pro