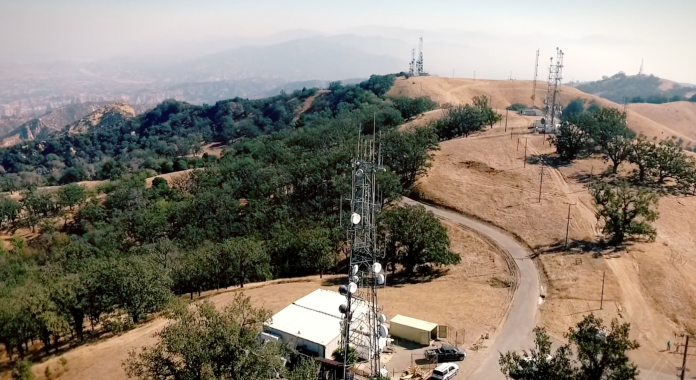 If you live in a rural area, you may be considering satellite internet service as a way to stay connected to the world. Although satellite internet isn’t as fast or affordable as landline internet connections, it’s better than no internet at all. Viasat’s best satellite internet provider because it’s widely available and gives you the best bang for your buck. But if you’re interested in long-time competitor HughesNet or the up-and-coming Starlink internet, we can help you determine if they’re the best services for you. More Detail: Unlimited Wireless Internet.

If you want fast download speeds at relatively affordable rates, Viasat will take care of you. Its plans come with more significant data allowances than HughesNet, and it’s more readily available than Starlink, which is still in beta testing. But if you want the internet only for emergencies, HughesNet can get you connected for less money. And if you live in an area where Starlink is testing out its service, you might be able to snag satellite internet with no data throttling.

While satellite technology can readily provide internet service to rural areas, it comes with higher prices, slower internet speeds, and stricter data allowances than you’ll see with most land-based services. Every Viasat and HughesNet plan comes with a data allowance. Once you reach that cap, you may notice your internet speeds drop as your provider prioritizes other customers’ internet usage over yours.

In 2018, Viasat (formerly known as Exede) made news by establishing a satellite internet download speed of 100 Mbps. It doesn’t sound like much, but that’s more than double what had been previously available from any satellite internet provider.

Viasat intends to raise the bar again in 2022 with three ultra-high-capacity satellites that will provide internet service across most of the planet. We’re excited to see if this move can help it compete against the upstart Starlink in the long run. As you’re looking into getting a Viasat plan, keep in mind that they cost more than double a comparably speed-rated cable or DSL plan. Plus, the satellite’s signal strength to your home will determine whether you get that full 100 Mbps.

And while Viasat’s satellite tech is nothing to sneeze at, data transfer remains satellite internet’s biggest frustration—and Viasat’s not immune. Since data travels out of the stratosphere and back, there’s latency or lag. Streaming HD movies or gaming over satellite internet can make you feel like you’re in the dial-up ’90s. While four of Viasat’s five satellite internet plans are labeled “unlimited,” you still need to watch your data usage. When your consumption hits a certain amount, your data will be “prioritized” behind that of other subscribers—meaning the subscribers who bought the more expensive plans—to alleviate network congestion. Viasat won’t charge you for overages but know that “unlimited” still has its limits. 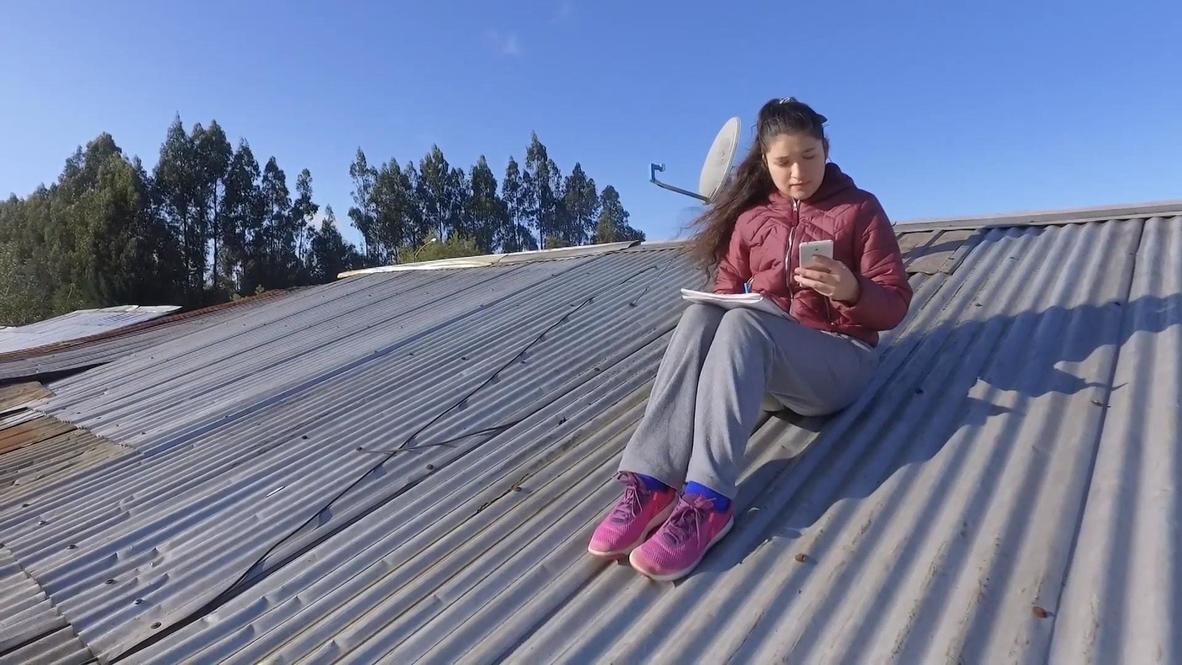 Also, even though you have to lock in the price with a two-year service contract, Viasat will bump up your monthly fee after three months. The Unlimited Platinum 100 plan, already pricey at $150 a month initially, will go up to $200 a month after 90 days, for example.

Still, we’ve selected Viasat for best overall because it beats out HughesNet for speed and bang-for-your buck. And unlike Starlink, Viasat is a well-established, fully-functional satellite internet provider, and you can get it almost anywhere in the US.

If you’re looking to spend the least amount of money on just a smidge of internet capability, HughesNet is the way to go. They won’t get you as much speed or data as most of Viasat’s plans, but HughesNet’s cheapest plan is $10 per month cheaper than Viasat’s. HughesNet has another advantage over Viasat: transparent pricing. HughesNet’s satellite internet plans aren’t fantastic, but they at least spell out what you’re getting more clearly.

HughesNet’s plans are titled and priced according to data allowance, not speed. As mentioned earlier, allotted GBs of data will affect your internet speed at least as much as Mbps. Also, the only download speed HughesNet offers across its four plans is 25 Mbps—there’s no way to slap a “Gold” or “Platinum” moniker on that.

Unlike Viasat, HughesNet states plainly in its basic 10 GB data plan that if you go over 10 GB within the billing month, it will throttle down your internet speed from 25 Mbps to 1–3 Mbps. Like Viasat, HughesNet’s satellite internet service comes with a two-year contract—but at least HughesNet’s plans have no surprise price bumps after three months. That’s one more small but positive check in the HughesNet column.

So if you don’t need fast internet—or even a lot of data—HughesNet’s 10 GB plan is an affordable way to get internet service in rural areas. It might be nice to have some connection for your cabin in the woods, huh?

Just look at Starlink’s specs! Flat rate pricing? Fast download speeds? No data caps—ergo, no speed throttling? It’s a thing of beauty. The problem here is Starlink isn’t a fully up-and-running internet service. It’s not yet available across the US, limiting the number of customers in the areas it services. Plus, Starlink is prone to outages. It’s always crummy when your internet drops out from under you, so Starlink isn’t ideal if you’re looking for a reliable internet connection.

But Starlink’s speeds are impressive, even if they vary a bit from area to area. Plus, it has much lower latency than most satellite internet providers (although it still drags compared to land-based internet services). But if you’re interested in Starlink’s coverage map, search the Starlink website to find out whether it’s available near you. Even if you can’t get service right now, you can prepay $99 to get on Starlink’s waitlist, and that amount will go towards the purchase of your Starlink equipment.

What to look for in satellite internet packages and deals

While satellite internet is different from your average DSL, cable, and fiber internet, price and download speeds are still the most important features to consider when you’re looking for a satellite internet package. You’ll also want to think about how much data you need each month.

Satellite internet costs an average of about $85 per month. More expensive than most land-based internet services, which usually run about $50 per month.

In the case of satellite internet. Your costs will often go up based on both the internet speeds and the data allowance you select. So when considering satellite internet coverage, factor in your budget along with what type of tasks (answering emails, watching movies) you’ll need internet access for.

Download speeds, or bandwidth, affect how quickly you can download online content. The listed download speed for an internet package gets split among every user in your home. So make sure to invest in a giant box if multiple people use your internet. A 25 Mbps connection will be fast for one person but slow for a five-person house. No matter how much bandwidth you pay for, satellite internet is usually slower than land-based internet services because of latency. Bandwidth is how much information your internet transfers at once. While latency is how long that info takes to travel from a server to your computer. Check out our latency vs. bandwidth article to learn more.

Since data is sent over satellite information has to go to space and back. Satellite internet always comes with a lot of latency. High latency is why satellite internet isn’t an ideal choice for online gaming. The data packets can’t travel fast enough to stay competitive in real-time.

Data allowances are how much data you can use per month before the carrier slows down your internet. While regular internet browsing requires little data, you can quickly hit a low cap with activities like regularly streaming movies. You might be able to get away with a small data package. If you use your internet only to check your email. But even scrolling through Instagram takes a bunch of data, so with satellite internet, you browse at your own risk. 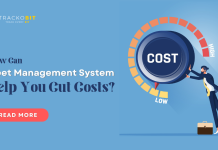 How Can Fleet Management Systems Help You Cut Costs? 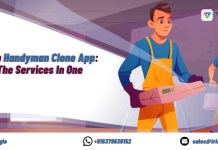 Develop App Like Handy: Get All The Services In One Place! 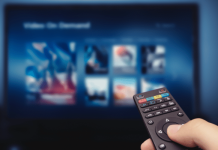 8 Fleet Productivity Hurdles And How Fleet Management Software Overcomes Them

Features Every Field Force Management Software Should Have