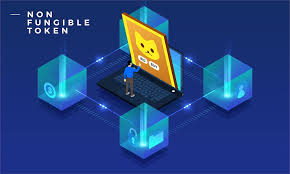 It was the year 2021 when the non-fungible token (NFT) industry gained momentum and became one of the largest, and most attractive spaces within the crypto-verse.

With time, all major cryptocurrency firms such as Binance, Coinbase, and many more realized that they needed to adopt non-fungible tokens.

Before you know it, the NFT sector expanded to the mainstream industry as NFTs were being sold even on the major physical auction houses.

While all major mainstream and cryptocurrency firms tried gaining as much ground as possible in the NFT sector, it was OpenSea that won the competition.

Its overall trading volume for any given month was extremely higher than any other NFT marketplace. There was a time when OpenSea’s average monthly trading volume was over $5 billion.

However, things have started to change for OpenSea and it is all thanks to the overall cryptocurrency market downfall and the macroeconomic downtrends.

Dominance of OpenSea is Fading

According to the latest data from the NFT markets, OpenSea is recording a constant decline in its sales on a monthly basis.

There are two major reasons behind that where the first one is the demise due to the macroeconomic issues. As this is a general thing across the board, therefore, the analysts have ignored the factor for the time being.

The competitors seem to be snatching away the NFT market share from OpenSea, which is not a good news for the largest NFT marketplace.

According to the market experts, the situation for OpenSea has now become oligopoly but in the past it was referred to as monopoly.

On October 20, Binance Market Pulse shared its report based on the findings from the NFT markets. It reported that there is a slow and steady shift in the leadership of the NFT marketplace.

Even now, OpenSea has the highest trading volume and the number of users in the NFT marketplace sector. Still, it is losing both and there is a possibility that its leadership might fall in the hands of a different NFT marketplace.

The report shows that Looksrare and X2Y2 have been emerging as two major marketplaces for non-fungible tokens. They have reportedly garnered a tremendous amount of success and are gaining ground as NFT marketplaces since the beginning of 2022.

Magic Eden is After OpenSea

In the recent months, multiple NFT marketplaces have earned the spotlight. However, Magic Eden seems to have come after OpenSea.

The data shows that Magic Eden is the close second to OpenSea. It is the native NFT marketplace on Solana. The NFTs hosted on the Magic Eden marketplace are all based on the Solana blockchain.

Magic Eden gained tremendous adoption as it made a major announcement on October 14. The Solana-based NFT marketplace announced the integration of a new feature that would offer optional royalties.

This is similar move to X2Y2 marketplace that the Ethereum blockchain-based platform announced in August.

The data shows that the marketplaces introducing the royalties option to the creators and sellers have been gaining quite the attention in the NFT markets.

As the royalties offer permanent profits for the creators, therefore, the marketplaces offering such option are gaining more market attention.

For now, OpenSea is not offering such an option for the users, therefore, it is losing its market reputation as the largest NFT marketplace. 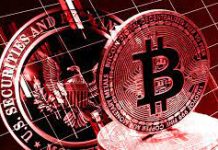 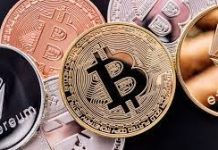 Regulators from Around the World Continue to Become Flexible Towards Cryptocurrencies 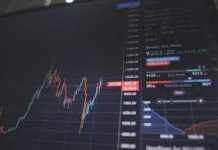 Are Payday Lenders Still An Option?

How to Get Same Day Loans from Direct Lenders?