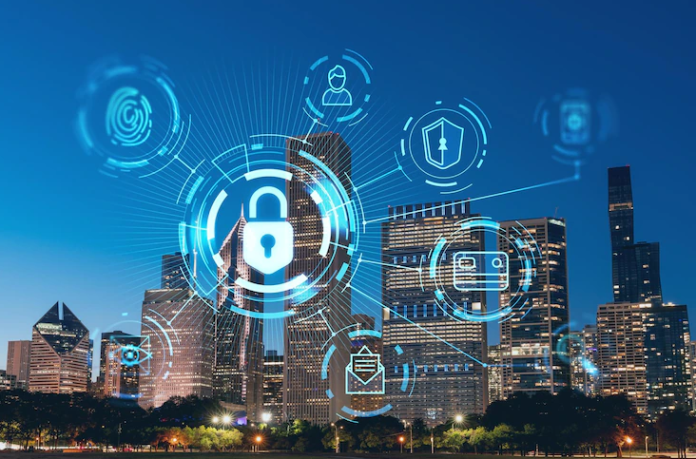 Artificial intelligence (AI) has been around in science fiction since the dawn of computing, but it’s just now becoming practical, thanks to recent improvements in computer technology and algorithms that allow software to understand and react to our human commands in more sophisticated ways

Artificial intelligence and machine learning are two hot topics in the software development industry, but what does the average programmer need to know about them? In this article, you’ll learn what artificial intelligence is and how it’s already being used to make code smarter, faster, and more efficient than ever before. You’ll also learn why AI will change the way software developers work over the next few years.

What Is Artificial Intelligence Anyway?

Artificial intelligence is a broad topic that covers a wide range of subtopics. The term is often used interchangeably with machine learning, which is one type of AI. Machine learning refers to the ability of machines to use algorithms to learn and make predictions from data. Machine learning includes techniques such as neural networks, decision trees, and Bayesian analysis.

AI is the intelligence demonstrated by machines and other non-organic entities. This intelligence can include expert systems, learning abilities, decision making, problem solving, perception and the ability to move and manipulate objects. AI allows computers to mimic complex human activities like recognizing a face in a photo or understanding language.

The impact that artificial intelligence will have on software development is difficult to say with certainty. AI based software development will likely increase efficiency by reducing repetitive tasks and enabling people do do more complicated work faster while increasing accuracy.

Role of AI in Software Development

Artificial intelligence (AI) is one of the fastest-growing technologies in the world. Not only has AI become more accessible, but it has also made significant improvements over time.

AI is now being used for a variety of software development purposes, such as:

2) Automating routine tasks to save time and money

4) Replacing manual processes with automated ones

5) Working collaboratively with other technologies like VR/AR and IoT to solve problems that are too complex for humans alone. As AI continues to grow, software developers will need to consider what new opportunities will arise for them within their current roles.

Some of the areas where AI impacts Software Development are in data mining, machine learning, and automation. Data mining is when you use a computer to search through a large amount of data to find patterns or relationships. Machine Learning is when computers learn from examples and make decisions without being told how to do it. And automation is when machines take care of things without human input, like driving cars or doing menial tasks like cleaning rooms.

Researching needs and requirements of the market is one of the most important things that a software developer can do. This process is known as requirement gathering and it will tell you what needs to be done in order to fulfill your customer’s expectations. Requirements gathering involves talking with clients and other stakeholders, brainstorming solutions, and analyzing the feasibility of different approaches.

As software becomes more prevalent in our lives, the need for software development will increase as well. This is where artificial intelligence can help with the design of new features and functions. AI can take on many different forms, such as machine learning to make predictions or even autonomous systems that can program themselves. These types of advances in technology are making it possible to create new programs more quickly and efficiently while also offering higher quality end products.

It’s helpful to think of code generation as a way to save time and avoid repetitive tasks, such as data processing. The idea behind Auto-Code Generation is that if you can automate common coding procedures with an AI tool, then you don’t have to spend valuable time on these tasks.

AI has been making inroads into testing for quite some time now, with more and more companies exploring how to leverage its capabilities. In the past, software testers had to manually test the functionality of an application by going through various scenarios and documenting the results. AI-assisted testing, on the other hand, can do this automatically without requiring any additional input from a tester. This is advantageous because it saves time and eliminates human error that would otherwise have occurred during manual testing.

Software development is in a state of flux, but the latest advancement in artificial intelligence will create an even bigger shift. AI technologies are rapidly evolving and becoming more capable, which is having an enormous impact on software development. We’re seeing cognitive technology like IBM’s Watson answer questions posed by doctors to diagnose diseases and forecast global economic trends. The advancements being made in this field are tremendous and will continue to change the world as we know it.

Benefits of AI in Software Development

The benefits of AI in Software Development are wide-ranging and include increased productivity, reduced costs, and better customer service. As more software companies take advantage of AI, the benefits will grow exponentially.

With the advancement of artificial intelligence, there is a concern that this will lead to security breaches. However, AI can also be used to enhance data security in the future, which could help mitigate the risks.  A good example would be DeepSecure’s Data Safeguard system. Which uses image recognition and computer vision algorithms to detect malware in an enterprise’s public cloud storage.

A lack of human resources has been the biggest issue for software development companies. With AI, bugs and errors are easier to identify. No longer do you have to wait for someone to notice an error on their own. As AI will alert developers of a potential problem before it happens.

With AI, many of your error identification problems can be solved with a single program. It will read through your code, check for errors, and find bugs in no time at all. The whole process is much easier for developers because they don’t have to sift through multiple lines of code to find what is wrong; it’s all done by one AI tool. How will using AI tools impact software development projects like yours?

AI tools are increasingly being used by software developers to aid in decision-making, such as debugging and testing. This will allow them to spend more time on strategic decision-making with the goal of building better software. Additionally, an AI can be used to identify what areas a developer needs help with most so they can focus their efforts there.

A recent study conducted at the University of Montreal found that when an AI was able to take over routine tasks like debugging or testing, engineers were able to double their productivity for both tasks combined.

Improvement in accuracy of estimates

It will be easier to estimate software development projects in the future. The use of artificial intelligence and machine learning is leading to improvements in accuracy of estimates. Which can increase confidence in decisions related to software development.

AI software development companies are going to be the next big thing in the software industry. They have a lot of benefits like reduced time and costs as well as increased accuracy. AI is going to take over the world, and it’s important for your company to stay ahead of the curve and make sure that you’re not getting left behind.

In conclusion, the future of AI is uncertain. There are many benefits to using AI and there are also some serious risks. We need to make sure that we’re making wise decisions about how to use this new technology and that we have a safety net in place for when things don’t go as planned.

How to Hire a .NET Developer: The Dos and Don’ts

Ways To Bring Your Online Classified Business a FrontLine: