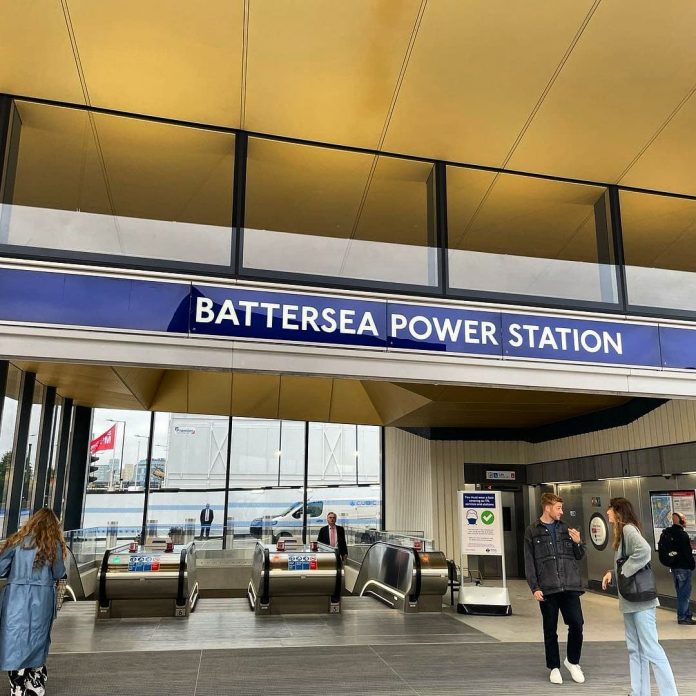 Property sales in Britain are up 137 percent since the country reopened following the lockdown as property agents returned to doing business, it was revealed on Wednesday.And figures published by the British newspaper, the Daily Mail, stated that about 24,341 properties were sold in the past week, as many buyers are looking to return to trade and investment in the real estate sector, especially in areas far from the capital, London, as the United Kingdom began to gradually exit from the closure that it Coronavirus caused it.

Zoopla, a British company owned by Silver Lake Partners, which focuses on providing users with access to information such as sold home prices, area trends, statistics, and estimates of the current value of local property in the UK, reported that the agreed average selling price over the past week was 6 percent higher than the same week in June 2019.

The company adds that the London market has so far failed to bounce back to normal, with property sales in the capital down 25 percent from what they were in the week ending March 8, just before the closing.

It comes as Rightmove, the UK-based company that runs the UK’s largest property portal and website, has seen a surge in searches for rural properties with good transport links so people can work from home for part of the week. at least.

Real estate agency experts added that sales of higher-value homes over £1m have rebounded strongly in recent weeks, as buyers look to change their lifestyles.

Experts said property buyers are looking to barter properties in key counties, at a distance from the areas hardest hit by the coronavirus, for rural properties.

Those who need to commute less frequently are now looking for properties located in areas such as the Cotswolds and Devon so that these locations become their main residence rather than a vacation spot.

According to Zoopla, sales of £1m homes are now 16 percent higher across the UK than they were in early March, however, this price bracket still represents less than 5 percent of sales overall.

Real estate experts at Zoopla explained that while the housing market in the rest of England is now back in operation after a hiatus, London is falling behind the rest of the country with buyers looking outside the capital.

“The coronavirus pandemic has brought a whole new set of potential buyers into the housing market,” said Richard Donnell, director of research and vision at Zoopla, adding, “Activity has grown across all pricing levels, but the higher the value of a home, the greater the increase in supply and sales as it looks. people to trade.

“New sales in London are lagging behind as buyers are moving to other areas,” he added.

Bank of England data showed mortgage approvals for home purchases in April fell to their lowest level since records began in 1997, just a fifth of their level in February, as potential buyers were unable to visit properties for sale.

Mortgage lender Nationwide reported a monthly price drop of 1.7 percent in May, the biggest drop since the 2009 financial crisis.

Meanwhile, estate agent Savills reported that property markets in key England county locations, including Henley, Harpenden, Marlow, Farnham, Guildford including Sevenoaks, are particularly active, adding: “There has been evidence that people are looking to trade in a second home for a home.” Bigger family.

Meanwhile, they are downsizing their family homes in London and the southeast of the smaller properties they can use during the workweek – thus upending major living arrangements.

Lucien Cook, head of residential research at Savills, said: “Without a doubt, pent-up demand represents some rebound in transaction numbers, but it also tells us that for buyers with fixed incomes who have been able to protect their cash through the shutdown, there is still some rebound in transaction numbers. Strong determination to act, including within key domestic markets in London.”

These numbers also underscore the extent to which the shutdown has caused a reassessment of the most important people in the space they occupy, focusing more on outdoor space and possibly the workplace at home.

The British capital, “London”, topped the scene of the decline in the real estate market in London, and the largest decline in real estate values ​​was recorded in early 2019, since the financial crisis 10 years ago.

Real estate is a Unique Investment;

it brings in 2 types of income: recurring rental income and one-time sales income. Before investing in real estate, it is important to understand the specifics and uniqueness of such an investment.

Moreover, the ownership of real estate obliges the owner to fulfill certain obligations. It is also important to remember that the real estate market itself is significantly different from the stock, commodity, or other securities market.

The information in this article should not be correlated with any real estate. Your house (apartment) is not an investment, because its purpose is for you to live in it. This article is focused only on those properties that were purchased for the purpose of earning money, solely for investment purposes.

When we buy a share, we expect its value in the market to rise, and then we hope to sell it at a higher price in order to capitalize on the difference. Here’s another example: when buying a truck, the owner intends to provide transportation services using the capacity and carrying capacity of the new means of transporting goods.

At the same time, the owner of the truck will receive periodic profit for his services, as well as pay for expenses (gasoline, depreciation, administration, etc.).

These 2 examples are completely opposite since, in the first option, the owner just needs to wait for the price to rise, and in the second, use the purchased instrument to make a profit. It is foolish to assume that the truck owner will passively wait for the price of trucks in the region to rise. And it is even more foolish to assume that the shareholder will use the share to provide some kind of service (if someone comes up with such a service

The largest mortgage lender in Britain, the Nationwide Building Society, said that real estate prices in the “fog city” fell by 3.8% during the first quarter of this year compared to the same period a year ago.

A monthly survey of real estate appraisers revealed that British house prices fell by the largest rate in more than 6 years, and indicated that the sharpest declines were concentrated in London and the southeast of England.

The British housing market has slowed since 2016, especially in London, where higher property taxes have increased the cost of buying a home to more than 1 million pounds – equivalent to 1.3 million dollars – and the appetite for foreign investors has fallen since the vote to leave the European Union, which had The biggest impact of this slowdown, sales volumes varied between stable and negative almost across Britain.

Real estate prices in London continue to fall at the fastest pace in 10 years, and according to a report by the “Nationwide Building Society”, property prices in Britain, in general, rose by 0.2% in March compared to February, despite the fact that the market remained “quiet” – according to the report -. 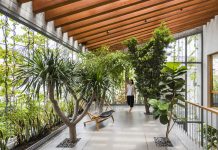 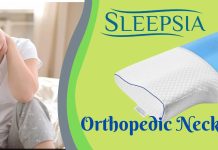 How The Orthopedic Neck Pillow Helped With My Migraines

7 Most Common Fall Pests at Home

What are the types of Orthopedic Pillows?